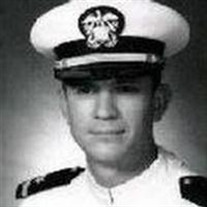 Phillip Truman Riley passed away Wednesday, April 17, 2002 at his home in Gulf Breeze, Florida. He was 68 years of age. Phillip was born in El Reno, Oklahoma December 21, 1933 to Buel Truman Riley and Lusylvia Brown Riley. He and his parents moved to Lindsay in 1935. Phillip was a member of the Lindsay United Methodist Church as well as the Masonic Lodge # 248. He was also a member of the Sigma Nu Fraternity at the University of Oklahoma where he graduated with a Bachelor of Science Degree in Pharmacy in 1957. He was later granted a certificate as a Doctor of Pharmacy by the Oklahoma State Board of Pharmacy. Phillip continued to reside in Lindsay until 1966 when he joined the United States Navy as a Pharmacy Officer in the Medical Service Corps. Phillip received the Navy Commendation Medal, Meritorious Unit commendation, Philippine Republic Unit Citation, Vietnam Service Medal and the National Defense Service Medal. After serving for over 22 years, and attaining the rank of Commander, he retired to the Pensacola, Florida area with his family. Phillip enjoyed boating, fishing, his computer, the stock market and spending time with his grandkids. He is survived by his wife DonDru C. James Riley whom he married in Lindsay, Oklahoma on February 3, 1962. He is also survived by his mother, Lusylvia Brown Riley of Lindsay, Oklahoma; His children, Jean Ann West of Kingwood, TX, Lesli Dru Howard of Colleyville, TX; Thad Michael Riley of Milton, Florida; and Courtney Dru Griffith, Carrollton, TX; as well as his grandchildren; Laura Elizabeth West and Alison Ann West of Kingwood, TX, Alexa Raye Howard, Kaylee Dru Howard, and Hannah Brianne Howard of Colleyville, TX and Cade Robert Griffith of Carrollton, TX. He is preceded in death by his father, Buel Truman Riley. Funeral services will be held at 2:00 p.m. on Tuesday, April 23, 2002 at the United Methodist Church in Lindsay with Rev. George Lupton officiating. Pallbearers will be Tom Jackson, Jim Hardy, Guy Garrett, Eddie Riley, Bill Whitt, and Don James. Honorary pallbearers will include Odell Herring, Dick Garrett, Royce Foley and Bill Newman. Phillip will be laid to rest in the Green Hill Cemetery with military honors presented by the American Legion Post #23 of Lindsay and Masonic Rites will be given by the Lindsay Masonic Lodge # 248. Memorials may be viewed online at www.boydstonfuneralhome.com Arrangements are with B. G. Boydston Funeral Home in Lindsay, OK.

Phillip Truman Riley passed away Wednesday, April 17, 2002 at his home in Gulf Breeze, Florida. He was 68 years of age. Phillip was born in El Reno, Oklahoma December 21, 1933 to Buel Truman Riley and Lusylvia Brown Riley. He and his parents... View Obituary & Service Information

The family of Phillip Truman Riley created this Life Tributes page to make it easy to share your memories.

Send flowers to the Riley family.