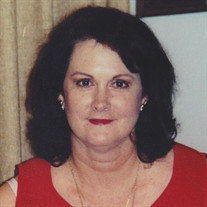 Katheryn Elaine Winford went home to be with the lord April 2, 2021, in Duncanville, Texas, at the age of 66. Katheryn was born October 18, 1954, in Oklahoma City, Oklahoma to Earl Ray Winford and Ruth Joanne (Seal) Winford. She spent most of her life in Oklahoma City, Oklahoma. Around 2010, Katheryn moved to Duncanville, Texas. Katheryn was a Christian with a servant’s heart who loved to help others. She attended Mountain Creek Community Church, where she volunteered in many different areas. She also was a troop leader for Boy and Girl Scouts of America for a combined 18 years. During her working years, Katheryn worked many jobs, including a host of side “jobs” to make ends meet when necessary. She was a medical assistant, a bus driver and custodian for Western Heights Public Schools and a Legal Instruments Examiner and Secretary for FAA. Katheryn greatly enjoyed doing crafts and sewing. She was especially proficient at canvas cross stitching and loved making “A Cross in Your Pocket”, which she loved to hand out to people to put a smile on their face. She also found great joy in spending time with her four grandchildren. She enjoyed being the “silly” grandma. Katheryn is preceded in death by her loving mother Ruth Joanne (Seal) Winford and her sister Sonya Childs. Katheryn is survived by her father Earl and wife Judy of Edmond, Oklahoma; daughter Jennifer and husband Louis Chapmen of West Leyden, New York; son Robert and wife Norma Steele of Boise, Idaho; brother Richard and wife Peggy Winford of Germany; sister Linda and husband David McClure of Wylie, Texas; sister Jennifer Lindardt of Texas; grandchildren Evelyn Chapman, Sierra Steele, Wyatt Chapman, and Julian Steele; uncle and aunt Bill and Karen Hooten of Oklahoma City, Oklahoma; and numerous nieces and nephews. A graveside service to honor Katheryn’s life is set to begin at 11:00 A.M. Friday, April 9, 2021, at Green Hill Cemetery in Lindsay, Oklahoma. Funeral services are under the direction of Scott and Angel Wilbourn of Wilbourn Family Funeral Home in Lindsay, Oklahoma. Condolences may be made to the family at www.wilbournfamilyfuneralhome.com

Katheryn Elaine Winford went home to be with the lord April 2, 2021, in Duncanville, Texas, at the age of 66. Katheryn was born October 18, 1954, in Oklahoma City, Oklahoma to Earl Ray Winford and Ruth Joanne (Seal) Winford. She spent most... View Obituary & Service Information

The family of Katheryn Elaine Winford created this Life Tributes page to make it easy to share your memories.

Katheryn Elaine Winford went home to be with the lord April 2,...

Send flowers to the Winford family.