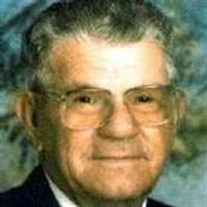 JOHN D. (DON) PARKER passed away September 14, 2001 in Sun City, CA. He was born November 18, 1916 in western Oklahoma to Orlo and Marie Parker. Don Parker and Elma Craig were married April 23, 1935. Elma passed away January 28, 2000. He is survived by his two sons, Charles Parker and wife Beverly of Sun City, CA; and Jim Parker and his wife, Pat of Choctaw, OK. He is also survived by his granddaughters, Terri and husband Rick Moorbeck; Carol and husband, Dan Hyde; and Deana and husband, Rick Gunn. He is survived by his grandson, Darin and wife, Jamie Parker. Don has nine greatgrandchildren: Nicole Moorbeck, Michelle Hyde, Danny Hyde, Billy Hyde, Melissa Gunn, Stephanie Gunn, Shelby Gunn, Courtney Parker, and Cameron Parker. Don has one great great granddaughter, Jocelyn, and two great-great grandsons, Jonathan and Alex. Don is survived by his sister Marquerite Schwartz, Oklahoma City, OK. Don and Elma loved dancing and went every week while they were able. Don was very proud of his vegetable garden and was a very good handyman. He will be greatly missed by his family and many friends. He was preceded in death by his parents. Services will be held at Boydston Funeral Home Chapel in Lindsay, OK on Friday, Sept. 21, 2001 at 2:00 p.m. Burial will be in Green Hill Cemetery in Lindsay.

The family of John D. Parker created this Life Tributes page to make it easy to share your memories.

Send flowers to the Parker family.