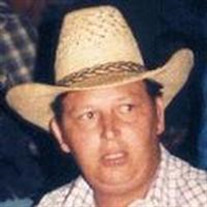 George" Tony" Windon Patton, age 52, of Lindsay, Ok passed away Friday, October 18, 2002 at Norman Regional Hospital. He was born June 24, 1950 to Gladys and Joe Patton in Ardmore, Oklahoma, moving to Lindsay in 1969. He was a member of the Baptist Church.Tony enjoyed camping, cooking out, and being with his family. Tony worked for Lindsay construction (oilfield) business. Tony spent time in Lindsay due to his grandparents, aunts, uncles, and cousins who lived in Lindsay. He hauled hay, cut broomcorn, went on wheat harvests, all with his friends and family in Lindsay. He married Sandy Williams in July 1970 and of that marriage he had four childern. Tony is survived by his mother,Gladys and Tommy Ellis of Lindsay ; Florence and Billy Lloyd of Ardmore, Darlene and Bob Nunn of Lindsay, Billy W. Patton of Lindsay, Michael Ray Patton of Lindsay, Jimmy and Linda Patton of Mead . He is also survived by his sons and daughters, David and Aileene Patton of Bradley, Dacia and Rudy McCafferty of Rush Springs, and Lisa Gail Patton of Kilgore, Texas. His grandchildern include Craig Wayne Patton of Poccasset,Ok, Toni Dawn Patton of Duncan, Kambrie and Tyler Patton of Bradley, Rayanna and Rylan McCafferty of Rush Springs.Tony is preceded in death by his father, Joe W. Patton and brother Bobby W. Patton, and sons Tony W. Patton and Jimmy R. Patton. Services will be held on Tuesday, October 18, 2002 at the Erin Springs Cemetery in Erin Springs at 2:00 p.m. with Pastor Will Fizwater officiating. He will be laid to rest at the Erin Springs Cemetery. Pallbeareres include Billy Patton, Bobby Patton, Joey Williams, Felix Williams, Ricky Williams, Jimmy Kennedy, Larry Williams, and David Williams. Memorial may be viewed online at www.boydstonfuneralhome.com. Arrangements are with B.G. Boydston Funeral Home in Lindsay.

George" Tony" Windon Patton, age 52, of Lindsay, Ok passed away Friday, October 18, 2002 at Norman Regional Hospital. He was born June 24, 1950 to Gladys and Joe Patton in Ardmore, Oklahoma, moving to Lindsay in 1969. He was a member of the... View Obituary & Service Information

The family of George Windon Patton created this Life Tributes page to make it easy to share your memories.

Send flowers to the Patton family.