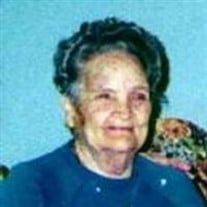 Doris Claybrooks, age 84, of Lindsay, OK, passed away in Norman, OK on November 8, 2001. She was born in Chickasha, OK on Feb. 3, 1917 to I. W. Wilhoit and Dollie Bennet Wilhoit. She was married on Aug. 8, 1948 in Fredrick, OK to C. R. Claybrooks. He preceded her in death on Dec. 10, 1979. Doris worked as a waitress at the Florence Cafe, also as a cashier for Shoemake Grocery, and clerk with Rexall Drug Store before retiring. Survivors include two brothers and one sister: Bill Wilhoit and wife, Joyce of Lindsay; Othel Wilhoit of Camp Verde, AZ; and Opal Hodges of Little Rock, Arkansas. She is also survived by Neices and Nephews, Jack Wilhoit, Jim Wilhoit, Charlene Shackleford, Shirley May, Tom Whilhoit, Steve Wilhoit, Vickie Buchanan, Donnie Wilhoit, Kathy Burns, Terry Wilhoit, Wilson Wilhoit, Jr., and Doris Mae Wilhoit. Sisters-in-law, Louise Wilhoit of Norman, OK and Nina Wilhoit of Geary, OK. She is preceded in death by both parents and two brothers, Leroy Wilhoit and Wilson Wilhoit. Arrangements are with B. G. Boydston Funeral Home in Lindsay. Services will be in the B. G. Boydston Chapel on Sat., Nov. 10, 2001 at 2:00 p.m. with Rev. Alvin McConnell, Jr. officiating. Burial will be in Green Hill Cemetery in Lindsay. Pallbearers will be Tim May, John May, Jeff May, Tom Wilhoit, Steve Wilhoit, Donnie Wilhoit, Wilson Wilhoit, Jr., and Terry Wilhoit.

The family of Doris Claybrooks created this Life Tributes page to make it easy to share your memories.

Doris Claybrooks, age 84, of Lindsay, OK, passed away in Norman,...

Send flowers to the Claybrooks family.