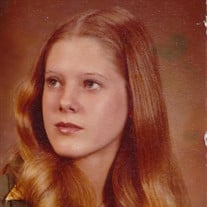 Tressa Machalle (Coffman) Algeo was born on December 29, 1957, in Duncan, Oklahoma, to Glen Dale Coffman and Tressa Dolorez (Tarrant) Coffman. She passed from this life on May 10, 2021, in Lindsay, Oklahoma, at the age of 63. Machalle graduated from Clinton High School. She worked at the Integris Clinton Regional Hospital for many years until she met her husband Jerre Algeo in 1983. They got married in Norman in April of 1984 and moved to Lindsay in 1985, where she has resided ever since. She worked at the Local Federal Bank from 1985-2004, advancing to branch manager during her time there. Machalle and her husband founded Washita Flow Testers in 1990. They operated that business until 2015. They were members of the First Baptist Church in Lindsay. Machalle loved her husband deeply and was a devoted wife. They celebrated twenty-five years together until Jerre’s passing in August of 2009. Machalle was a very generous and giving person. She demonstrated this by privately supporting several charities including, St. Jude’s Hospital, and ASPCA. Machalle had a giving heart. She enjoyed donating her time working with young children. She also loved animals and had several rescues that she had adopted. She was very loved and will be greatly missed. Left to cherish her memory is her father, Dale Coffman of Lindsay, Oklahoma; mother, Tressa Coffman of Earlsboro, Oklahoma; brother, Mike Coffman of Shawnee, Oklahoma; and sisters, Tina Pasby of Tyler, Texas, and Catherine Cross of Shawnee, Oklahoma. She is preceded in death by her husband, Jerre Algeo. A graveside service to honor the life of Machalle is set to begin at 2:00 P.M. on Saturday, May 15, 2021, at the Green Hill Cemetery in Lindsay, Oklahoma.

Tressa Machalle (Coffman) Algeo was born on December 29, 1957, in Duncan, Oklahoma, to Glen Dale Coffman and Tressa Dolorez (Tarrant) Coffman. She passed from this life on May 10, 2021, in Lindsay, Oklahoma, at the age of 63. Machalle graduated... View Obituary & Service Information

The family of Tressa Machalle Algeo created this Life Tributes page to make it easy to share your memories.

Send flowers to the Algeo family.