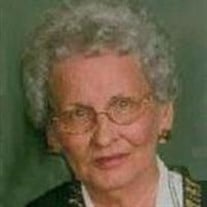 Martha Jane Hall, age 73, of Lindsay, OK passed away in Lindsay on February 5, 2002. Martha was born on July 18, 1928 in Bartlesville, OK to William Thomas and Grace Iva Axsom. On April 4, 1953, at the Virginia Avenue Baptist Church in Bartlesville, OK, she married Steve Burton Hall. They established their home in Tulsa. In 1960, Steve and Martha moved to Maysville, OK with their four children. In 1970, Steve and Martha built a new home and moved to Lindsay, where she lived until her death. In 1946, she began working for Phillips Petroleum Company in the treasury department, then transferred to Tulsa and worked in the credit card department. In 1960, Steve and Martha established Steve Hall Oil Company a Phillips Petroleum Marketership. She was bookeeper and a guiding force for the company until her death. Martha was a member of the First Baptist Church in Lindsay, OK. She enjoyed being a wife, mother and especially a grandmother. She is survived by her husband Steve Hall of the home; one daughter, Carol Tate and husband, Chris; three sons, Mark Hall and wife, Stacy; Burt Hall and Bill Hall all of Lindsay. Seven Grandchildern, Steve J. Hall, Kurt L. Hall, Caitlin B. Tate, Carson P. Tate, L. Barrett Hall, Allison R. Hall and Caleb W. Hall. Funeral services will be Friday, February 8, 2002 at 2:00 p.m. at the First Baptist Church with Rev. J.V. Lobaugh and Rev. Monty Baggett officiating. Burial will be in Green Hill Cemetery. Pallbearers will be Jack Pitmon, Walt Allen, Ralph Axsom, Jim Axsom, Robert Axsom, and David Axsom, Honorary pallbearers will be Mike Axsom, Foch Davis, and Charles Wallace. Memorials may be made to First Baptist Church, Lindsay, OK, or Memorial Fund, or to the Lindsay Public Schools for playground equipment. Viewing will be from 6 to 8 pm on Wednesday, 8:30 am to noon and 1 pm to 8 pm on Thursday and 8:30 am to noon on Friday at the Funeral Home.

Martha Jane Hall, age 73, of Lindsay, OK passed away in Lindsay on February 5, 2002. Martha was born on July 18, 1928 in Bartlesville, OK to William Thomas and Grace Iva Axsom. On April 4, 1953, at the Virginia Avenue Baptist Church in Bartlesville,... View Obituary & Service Information

The family of Martha Jane Hall created this Life Tributes page to make it easy to share your memories.

Send flowers to the Hall family.