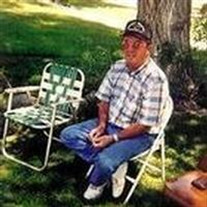 John W. Fallon of Lindsay, Oklahoma passed away on August 16, 2004, at the age of 69. He was born June 29, 1935 to Tom and Lorena Fallon in Apache, Oklahoma. John married Margaret on February 8, 1961 and moved to Lindsay, Oklahoma in 1965. John worked as a truck driver and farmer most of his life. He enjoyed his grandchildren, drinking coffee with his friends, and most of all being with his family and friends. He is preceded in death by his parents, and one son, William Fallon. He is survived by his wife, Margaret of the home, two daughters, Tina Fallon and Larry Ray, Carmen and Buddy Cox, four grandchildren, Kevin Patton, Brandi Fallon and Joe and J. W. Hines. He also leaves behind two great grandchildren, Alexis Jade and William Klayton Patton. Services for John will be at the United Methodist Church on Thursday, August 19, 2004 at 10:00 a.m. Interment will be at Green Hill Cemetery, Lindsay, Oklahoma. Funeral services are under the direction of B. G. Boydston Funeral Home in Lindsay, Oklahoma. Condolences may be sent to the Fallon family online at www.boydstonfuneralhome.com.

The family of John W. Fallon created this Life Tributes page to make it easy to share your memories.

John W. Fallon of Lindsay, Oklahoma passed away on August 16,...

Send flowers to the Fallon family.