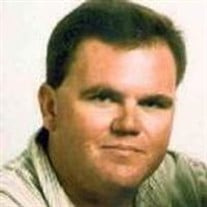 Eric Nunn, age 29, of Lindsay, OK passed away on October 17, 2001 at his home in Lindsay. He was born on Jan. 20, 1972 in Pauls Valley, OK to Bobby Leo Nunn and Lequita June Beagales Nunn. He was married to Kimberly Kay Dutton on June 20, 1997. Eric grew up in Lindsay. He was a member of the Baptist Church and worked in the Rock Hauling business as a truck driver. He enjoyed fishing, hunting and travel. Survivors include his wife, Kim Nunn of the home. Children, Justin Nunn, Rickey Crow, Traci Gayle Mullins and Nicole Crow. He is also survived by his father, Bobby Nunn and his wife, Darlene of Lindsay; and two brothers, Kevin Wayne Nunn and Bobby Christopher Nunn.Eric is preceded in death by his mother; and grandparents, Hazel and John Ballard; Elzie Nunn and Charlotte Walker. Funeral services will be on Friday, October 19, 2001 at 2:00 p.m. in the Erin Springs Baptist Church with Rev. Troy Taylor officiating.He will be laid to rest in the Erin Springs Cemetery. Pallbearers will be Tony Beasley, Phillip Hilderbrandt, Butch Hickson, Darrell Somers, Burl Graham, Butch Cunningham, and John Towler. Honorary Pallbearers will be John Dutton, Donnie Nunn and Heath Payne. Arrangements are with the B. G. Boydston Funeral Home in Lindsay, OK.

The family of Eric Len Nunn created this Life Tributes page to make it easy to share your memories.

Send flowers to the Nunn family.