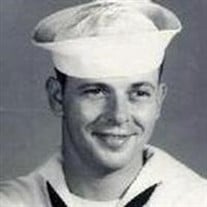 Cliff Robertson, age 64, of Lindsay, OK passed away on April 22, 2002 in Oklahoma City, OK. He was born on December 29, 1937 in Seminole, OK. His parents were Sidney and Beatrice Camp. Cliff graduated from Bradley High School. He served in the... View Obituary & Service Information

The family of Clifford Wayne Robertson created this Life Tributes page to make it easy to share your memories.

Cliff Robertson, age 64, of Lindsay, OK passed away on April...

Send flowers to the Robertson family.